In Defence of Fiona Apple 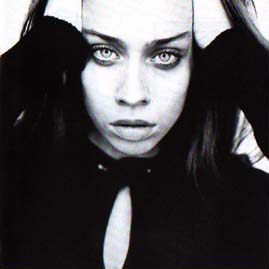 It’s faintly embarrassing to admit that I am a Fiona Apple fan (and I'm not the only one). Listening to her new album The Idler Wheel…, my housemate came into my room and very quickly dismissed it as whiny and annoying. In an episode of Sex and The City, back when the writing was halfway decent, Steve asks Miranda to keep him company at the bar, otherwise he’ll have to ‘listen to those NYU kids with the Amstel Lights discuss Fiona Apple’.  Her name became short-hand for pretension. Of course, that was back in 1996 when the world was still recovering from the Fiona of ‘Criminal’, anorexic and fragile, her caramel tones screaming out her conflicted Lolita affectations. Soon after, she wins an MTV award and then throws a tantrum on stage full of teenage incoherence and self-rightousness. Oh Fiona. So biting and yet so afraid of being bit.

But that was the nineties and we all did stupid things in the nineties. In the nineties, I wore baggy jeans that trailed after me when I walked, read Nietzsche like he was a lifestyle guru and wrote quotes from her lyrics onto my wallls.Let’s just say everything has been forgiven. The Fiona of now still has a beautiful deep Alto voice, the kind of female voice that you hadn't heard in the Top 30 for quite a while until Adele and her like became popular. Fiona did it first and her voice is firmly rooted in jazz and blues rather than white girl soul, as well as influenced by the grunge sounds of the decade that made her. She’s not afraid to go ugly with her voice and her piano, banging out discordant notes, singing to the very edge of her register, to the point where it becomes uncomfortable to listen. When it becomes more like a scream or a cry. When it almost becomes too intimate.

The new album has a lot of these vintage moments although it is also a more mature Fiona, comfortable with experimenting and seemingly unconcerned with producing any kind of obvious hit. She’s always been good with a pop melody but that, to me, has always been her biggest weakness, the thing that has aligned her too closely with annoying menstrual cup Lilith Fair girlies. When she starts sounding like she could be too comfortable on a romantic comedy soundtrack, I start to get bored. Not on this album through. The first single, ‘Every Single Night’, is a weird strangely addictive song with its ghostly toy piano, gutteral yoddeling and merciless depiction of inner torment. ‘I just want to feel everything’. I am perhaps over-identifying here, what with my own mental state being summed up in one neat little line, in a way that had me playing this song over and over again for about a week. 'My heart's made of parts of all that surround me and thats why the devil just can't get around me'.Speak for me, Fiona. I have also spent sleepless nights with one eye on spiralling thoughts and the other on the devil. I too have only dodged him through the presence of people in my life, the same people responsible for all of my good parts. I too have been made self-aware that I am no victim except maybe a victim of myself, which makes all victimhood moot. I have nothing to complain about, nothing that is really wrong except my misfiring brain, my ‘little wings of white-flamed butterfiies’. Yeah, like I said, over-identifying.


But Fiona’s lyrics can so often fall victim to thesauraus speak, to a showy kind of overwriting you might find in a first year creative writing seminar. Here through, they are perfect.  It’s the restraint that does it. Her metaphors don’t get too overwrought, she doesn’t get all caught up in fancy adjectives, and the words stay simple and startling. Whilst the over-writerly Fiona occasionally rears her verbose head, overall, this is her no bullshit album and it sounds all the more extraordinary for it. Stripped back and yet musically engrossingly with odd melodies and erratic jazz-based percussion everywhere.  And while the push, pull and inevitable failure of interpersonal relationships remain, as ever, her lyrical focus, she is no longer just the victim; she acknowledge her own penchant for destruction on song after song. Even while brutally describing the knife twist of rejection on songs like ‘Werewolf’ and ‘Periphery’, she knows that there is blood on her hands too. She may apparently still have plenty of relationship mess stories but she knows that she is the common variable. And yes, it’s still so much navel gazing but at least, on this new album, there is a strength, an acceptance.

The exception would be ‘Regret’ where she decides that perspective can go to hell in favour of some good old character assassination. And who hasn’t felt like that at some point? Since a married Tori Amos let her songs get a little too MOR, I for one, have needed the sound of an unapologetically angry woman who pours it all out into a song. Okay, so it is self-indulgent first-world problem stuff and many interviews with her seem to reinforce this point. But what would the alternative sound like? Politics in songs are often so cloying, so preachy. The truth is that songs do not start revolutions. At best, they provide the background for revolutions. But let’s not shit ourselves, a song only has so much power. And does it really take away from the importance of our current material conditions to use music as personal expression? While I agree that the personal is often political, I don't believe that the terms should become completely conflated. Maybe sometimes the personal is just personal. But it still has its place and when done right, these kinds of intensely confessional songs provide the perfect soundtrack for times of retreat, when you just need to be alone and feel like shit for a while. Before you pick yourself up and get on with your life.

All I ask from my music is sincerity and innovation and Fiona Apple has that in spades. Perhaps the most challenging song on the album, ‘Left Alone’ mimics the painfully felt contradictions of mental illness in both structure and content. The sudden changes of speed. Pointless rhetorical questions. The self as a blank page. Your own hand, the knife.  But not always darkness either.  ‘Anything we want’ is surprisingly optimistic about the early blooms of love, when it makes you feel like rebellious teenagers. ‘Hot Knife’ is just sexy and fun and catchy. Basically, Fiona sounds as horny as hell and it’s really quite refreshing to hear her sing about sex as a good time rather than as a trap or a distraction.

Despite the underlying feelings of embarrassment, her latest album reminds me of why I still like Fiona Apple even though at times, it feels like I should have grown out of her. What seems to have happened instead is that I have grown with her.  From ‘Sullen Girl’ to ‘Paper Bag to ‘A Better Version of Me’ to ‘Anything We Want’, I can trace the lines of my life from weird outsider to boy crazy teenager to suicidal self-hatred in my early twenties to now, or at least, the best parts of now. The best parts of now: living in the moment, finally enjoying the simple things in life, fierce loyalty to the ones on my side, gaining a sense of acceptance over the past and myself, feeling young and full of possibilities. Fiona Apple used to be one of only a few artists I listened to when I was in my early teens. She said everything I needed to hear. Now it says something about my life that I have a large music collection with many different genres and that I only play Fiona Apple CD’s at particular points in my life. My life has many different colours in it now and so many different songs. But still, it is nice to meet up with an old friend again and see how far you’ve both come. And that yes, the music has grown with you.

"It used to be that everyone else was wrong and I was right. Maybe that's growing up or something, because I absolutely don't think everyone was so bad to me as I used to think." Fiona Apple

Parallelograma
A place in which to shove all my collected writing. Fiction, non-fiction, criticism, academic essays, music/film/book reviews. Published and unpublished. Also, links to sounds I like and quotes from things I like. 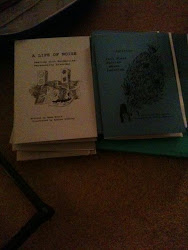 Parallelograms is one of my favourite albums.
I've always wanted a gramophone.
I have always enjoyed the phonetic sound of mɔ. It is also the last syllable of my first name.
© 2014 Emma Jeremie